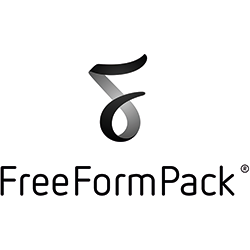 Who decides on your packaging? You or your materials?

Do it your way with the world’s first truly formable paper packaging solution. Stretchable and printable, it is sustainable, clay-coated paper-based laminate that you can shape, twist and emboss to create the perfect, standout package.

FreeFormPack® began with an idea and a desire to do something that had never been done before.

Nabore Benini, the MD of Curti had an idea that he wanted to revolutionize the packaging market. He had come across a sample of paper that had a good stretchability, with this paper in hand he put the engineers to work. Out came the first seed of what now is known as FreeFormPack®, unfortunately the world was not yet ready since the paper could not be industrialized.

In 2008 BillerudKornäs came across the same paper that Nabore had found. With their extensive knowledge in paper production they worked out a way to produce the paper in their existing paper machines. This was the birth of the FibreForm® Paper, which was not only formable but also had a clay coating for premium printing.

In 2012 Nabore approached BillerudKornäs with the vision of a new era for the packaging market, with his FreeFormPack® Machine for creating a formable packaging and the stretchable FibreForm® they were about to create something amazing.

The joint venture FreeForm Packaging AB was founded in the beginning of 2013 and the journey to unbox your brand began.