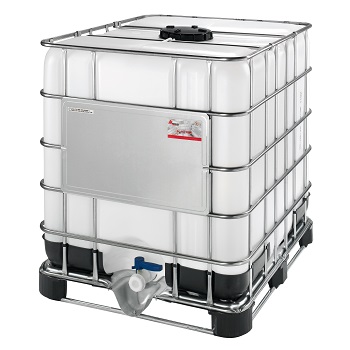 Composite intermediate bulk container maker MaschioPack North America LLC expects to build its first American facility this year and has big plans to expand quickly throughout the United States.“We have every intention to be a major player here in the U.S.,” said Pete Brunn, MaschioPack North America’s vice president and general manager, in a phone interview.

The company hopes to have four regional plants across the country in place within five years, but it all starts with the first facility.

The company will be a wholly owned subsidiary of Colonial Group Inc., of Savannah, Ga. It will use blow molding technology licensed from Erkelenz, Germany-based MaschioPack GmbH.

Brunn said the North American executives are looking at four locations near Atlanta, and expect to make a decision soon. Equipment, including custom-made blow molding machines, will be manufactured in Europe and delivered starting in September.

MaschioPack hopes to start production in October and will start by producing 275- and 330-gallon IBCs. Brunn said the plant will start with one production shift, with a plan to eventually hire 40-50 workers and operate around-the-clock.

The company’s IBC’s will transport liquids ranging from specialty chemicals and food additives, to coatings and oils — anything compatible with high density polyethylene.

Brunn, who has known Maschio for many years, said he has been involved with industrial packaging since 1972.

This is the first venture for Colonial into packaging. The third-generation, family-run company has operations in natural gas storage and marketing, liquid and dry bulk terminals, retail fuel and convenience stores, industrial chemical supply and distribution and marine vessel safety and compliance consulting. It has more than 900 employees.